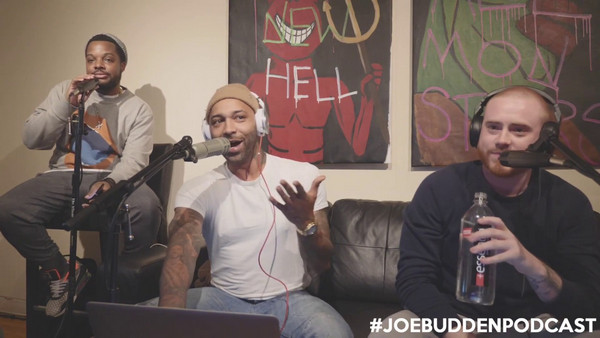 Joe Budden has evolved into a media maven of sorts after retiring from the rap game following his 2016 Rage & The Machine album. The New Jersey resident announced that his popular The Joe Budden Podcast series has inked a partnership with Spotify to appear exclusively on the streaming service beginning on Sept. 12.

The eponymous podcast will now record two podcasts each week to release every Wednesday and Saturday. “Our partnership is extremely humbling for me and adds yet another chapter to a career full of plot twists. This highlights a new way of thinking and a corporate head nod to the shift taking place before our very eyes,” Budden explains. “I’m even more thrilled to embark on this journey with some of my closest friends and people I love.”

Each episode will eventually appear on YouTube 48 hours after its release on Spotify. The series — which launched back in 2015 — has experienced an exponential rise to prominence as an influential voice in the hip-hop culture. The crew will also remain the same, with Joe joined by his loyal co-hosts Mal, Rory, and Parks each week. The “Pump It Up” rapper teased the possibility of producing a Sleeper Playlist with Spotify on Wednesday’s (Aug. 22) podcast episode.

In addition to his major podcast move, the former Everyday Struggle host also launches his State of the Culture show with REVOLT TV on Sept. 10. The new endeavor is expected to feature informative debates and unfiltered interviews between Joe and a range of celebrities.

All of the previously released podcast episodes are now on Spotify. Check out the trailer for State of the Culture below.