Spotify May Start Cracking Down on Family Plan Sharing 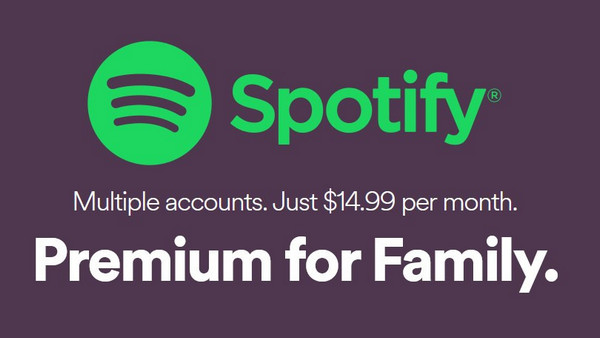 Spotify’s Premium for Family plan is a good deal: $15 a month snags you up to six ad-free accounts on the service, which would normally cost $10 each. It’s not a surprise, then, that people have been sharing the accounts among friends to save a few bucks. Now Spotify appears to be cracking down on the practice.

According to the terms of the Premium for Family account, people sharing a family account are required to reside at the same address. The German news site Spiegel Online reports that Spotify has begun sending emails to some Premium for Family subscribers asking for confirmation of their home address. If they do not comply, the email says they could lose access to their plan. 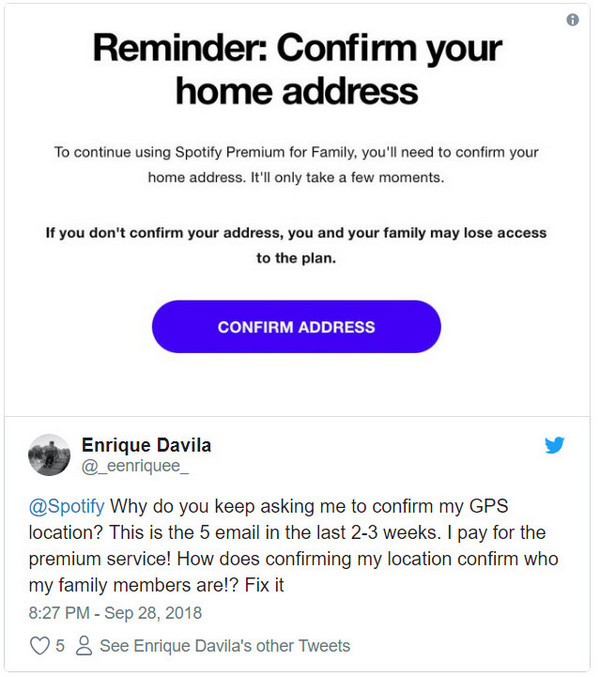 When reached for comment, Spotify explained that the verification request was a test in four markets (including the US). That test has now concluded. “Spotify is currently testing improvements to the user experience of Premium for Family with small user groups in select markets,” a spokesperson told Engadget. “We are always testing new products and experiences at Spotify, but have no further news to share regarding this particular feature test at this time.”

While the Premium for Family plan is certainly a way for friends to save some money by going in on a plan together, it’s also true that many families do not live in the same household. What’s more, some people are concerned about Spotify’s request for this kind of personal data and see it as an intrusion of privacy.

This moves comes on the heels of Spotify’s crackdown on the usage of hacked apps to bypass ads for free users. Clearly the company is concerned about the bottom line, especially with a recent Billboard report that states that, though Spotify’s user base is steadily growing, its revenue is shrinking. The report points specifically to family plans as the reason.

Tips: How to Download Music from Spotify without Premium or Family

It is well known that Spotify offline listening mode is limited to paid subscribers – Spotify allows paid users to download up to 10,000 songs per device on a maximum of 5 different devices, but Spotify Free users can never enjoy any of Spotify songs without Internet connection. But luckily, things changed thanks to the coming out of NoteBurner Spotify Music Converter.

It is a handy yet fast Spotify music downloader. With its help, you can strip DRM from Spotify songs perfectly and convert them to plain MP3, AAC, FLAC or WAV format at up to 5X speed. Besides, NoteBurner Spotify Music Converter is also well-known for its lossless converting quality. It is capable of downloading Spotify music without damaging the original streaming audio quality.