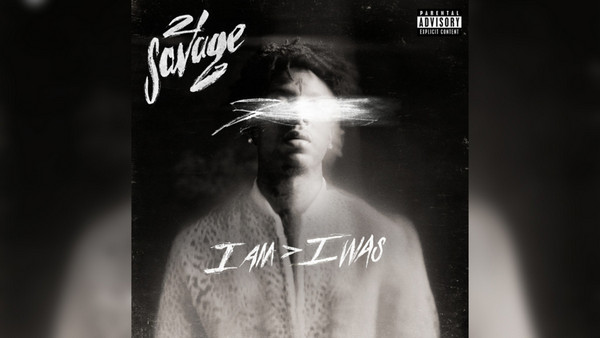 21 Savage earned his first No. 1 on the Billboard 200 albums chart with the chart-topping bow of “I Am > I Was“. It is his second studio album, released on December 21, 2018, featuring guest appearances from J. Cole, Childish Gambino, Schoolboy Q, Post Malone,Travis Scott, and more. The set produced a respectable 131,000 albums sold (equivalent units) in its first week, 18,000 of which were traditional album sales. Most sale of the album was driven by streaming activity of Spotify, Apple Music, and others.

For some fans, if you’d like to listen to “I Am > I Was” for free, Spotify Free, offering users an easy way to access a large music library of all genres, would be a perfect choice for you. But to download it for burning to a CD or playing on MP3 player, you’ll have to turn to another music tool – NoteBurner Spotify Music Converter, as all the songs on Spotify are protected in DRM.

NoteBurner Spotify Music Converter is a powerful Spotify music converting tool, well-designed for any Spotify users, both free and premium to download and convert any track, album and playlist from Spotify for offline playback on more devices. Equipped with an unique encoding technology, this smart tool  can work at up to 5X faster speed when downloading music from Spotify. Furthermore, it supports saving Spotify music in several popular output formats, including MP3, AAC, FLAC and WAV. With its help, you can get rid of the restriction of DRM, and download 21 Savage’s “I Am > I Was” full album from Spotify to MP3 format with ease.

The following is a detailed tutorial about how to download 21 Savage’s “I Am > I Was” full album from Spotify to MP3 format. Please download NoteBurner Spotify Music Converter on your computer first before getting started.

After customization, click “Convert” button to start conversion. After conversion, you can find the converted audio files by clicking history button.

Congratulation! Now the album “I Am > I Was” has been converted to MP3 format, you can transfer all the songs to any devices for listening anytime anywhere.