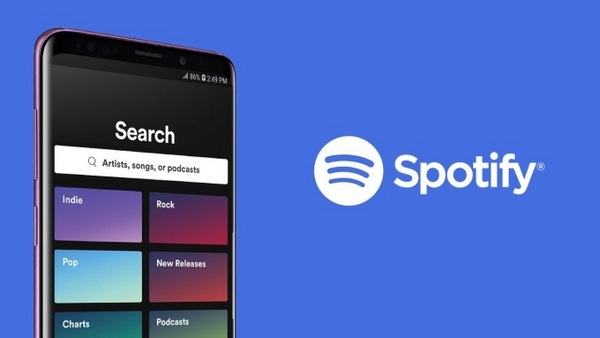 Buyers of Samsung’s new Galaxy S10 phone can now get 6 months of Spotify Premium for free: The two companies announced the new joint promotion Friday morning, while also revealing that Spotify will be pre-installed on Samsung phones going forward. Separately, Samsung also announced a promotion with YouTube to give Galaxy S10 buyers access to 4 months of YouTube Premium.

There is a bit of fine print to consider for the Spotify offer: As of now, it is only available to Galaxy S10 buyers, but Samsung may add other phone models to the promotion in the coming months. The offer is also only available to new subscribers, and not to existing or previous customers. And finally, it is restricted to the U.S., at least for now.

Samsung and Spotify first started to work with each other in August of last year, when Spotify was announced as the primary music service for Samsung’s Galaxy Home speaker.

As the two companies extend their partnership to mobile, Samsung is also tightly integrating Spotify’s service with its Bixby smart assistant. This includes music recommendations on the Bixby Home screen.

Our goal is to deliver the best possible mobile experience to our consumers, and Spotify is the ideal music partner to help us make that vision a reality,” said Samsung Electronics America vice president of marketing Patricio Paucar. “Whether they’re listening to the latest hit albums or checking out their favorite playlist, we’re giving eligible Galaxy S10 users access to an amazing six month Spotify Premium offer.

YouTube’s 4-month free trial will also be available for buyers of the Galaxy Fold and Galaxy Tab S5e, as well as customers in nearly 30 countries.

Samsung announced the Galaxy S10 at a press event in San Francisco last month and began selling it to consumers Friday. The phone features an edge-to-edge screen with a punch-hole cut-out for its front-facing camera, as well as a fingerprint reader integrated into the front screen.

Further Reading: How to Save Spotify Songs on Your Phone/Computer Forever

NoteBurner Spotify Music Converter is the best Spotify Music Downloader and Converter to remove DRM from Spotify track. With its help, you can perfectly strip DRM from Spotify songs and convert them to plain MP3, AAC, FLAC or WAV format with 100% lossless quality kept. In this case, users can get rid of the restriction of DRM, and keep Spotify music on your devices forever.