New iPad Pro Is Apple’s Most Advanced & Powerful Tablet Ever 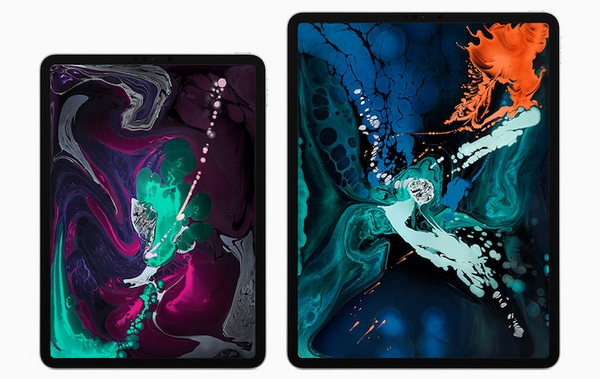 Apple has announced what they’re calling “the most advanced, powerful iPad ever”. The new iPad Pro, which comes in 11-inch and 12.9-inch models, is packed with new and improved features that will delight creatives. With these enhancements, the iPad Pro becomes even more useful for photographers, designers, and artists looking for a portable tablet with big capabilities.

Its Liquid Retina display goes right to the edges, maximizing screen space, and an A12X Bionic chip with next-generation Neural Engine allows the iPad Pro to outperform most computers. The Liquid Retina display is also Apple’s most color accurate and provides “a natural, accurate viewing experience indoors and out”. With the new iPad Pro, Apple is gearing up to take on next-generation apps like the forthcoming Adobe Photoshop CC. The high-performance processor means that you can get through your creative workflow with ease and without lag time.

If you still aren’t convinced, the new iPad Pro also has a USB-C connector so you can charge and connect all your devices quickly, and it also includes up to 1TB of storage. Selfie lovers will enjoy the TrueDepth camera, which also aids in Face ID technology. This allows the iPad to use facial recognition (while placed in any position) to securely unlock and even make app purchases.

Both models are 5.9 mm thin and weigh in at one pound, making them the thinnest and most portable iPads ever. Using ProMotion technology, the iPad Pro is incredibly responsive and can automatically adjust display rate up to 120Hz. All this performance capability doesn’t mean more charging—the new iPad Pro is meant to last all day with a 10-hour battery life.

In terms of accessories, Apple also revealed the second-generation Apple Pencil ($129) and Smart Keyboard Folio ($179+). Both are available for purchase separately. The Apple Pencil magnetically attaches to the iPad, allowing it to connect wirelessly and charge. Another major upgrade is that users can select items in apps by simply double tapping the pencil. The Smart Keyboard Folio is a full-size keyboard that doesn’t require charging or pairing. Its streamlined design is versatile for both lap and desktop use, allowing you to type out your thoughts with ease.

“The new iPad Pro is a huge step forward for powerful, creative, mobile computing; it has an all-new thinner design, speeds through projects with the super-fast A12X Bionic chip and unlocks with a glance using Face ID in any orientation—while you’re sitting or standing, with iPad Pro on your desk or lap, with the new Smart Keyboard Folio and new Apple Pencil,” said Philip Schiller, Apple’s senior vice president of Worldwide Marketing.

Apple Music is proprietary and protected by DRM protection. What you pay monthly is just for permission to stream any song available in your library. In other words, you don’t actually own the song, even if you’ve subscribed to Apple Music service and downloaded the song to your devices. So after canceling the subscription, although you can retain all offline music, don’t have access to stream.