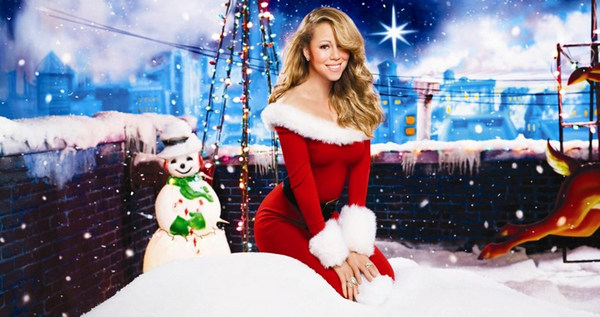 Mariah Carey’s “All I Want for Christmas Is You” has become an inevitable single for Christmas every year, thus a great number of people are looking for a way to keep the song forever. Currently most people would prefer listening to music by subscribing a streaming music service, such as Spotify, Apple Music, Amazon Music …. But it’s known to us all that the songs on streaming music services are protected in DRM, for which we are unable to download them as local files. In this article, we are going to show you an efficient way to break it through.

Below we are going to show you how to download Mariah Carey’s “All I Want for Christmas Is You” from the most popular streaming music service – Spotify to MP3 by the well-known NoteBurner Spotify Music Converter. If you are an Apple Music subscriber, please refer to How to Download Music from Apple Music to MP3.

NoteBurner Spotify Music Converter is a professional Spotify music downloader which is specially developed to bypass the DRM of Spotify and convert Spotify songs to MP3/AAC/WAV/FLAC format. Here are the key features of the program:

NoteBurner Spotify Music Converter supports both Windows and Mac OS. Here we take the Windows version as an example. For Mac users, please refer to How to Download Music from Spotify Free to MP3 on Mac for detailed steps.

Step 2: Add Mariah Carey’s “All I Want for Christmas Is You” to the Program

Click”Add” button on the upper left. There will be a pop-up window prompting you to copy and paste or drag and drop the song link from Spotify  Free to NoteBurner.

Step 4: Convert “All I Want for Christmas Is You” Song to MP3 Format

Click “Convert” button to start converting Mariah Carey’s “All I Want for Christmas Is You” to MP3 format. When the conversion is done, the song would have already been converted & downloaded in MP3 format and saved in the output path you set in previous step.

By clicking “History” button (like a clock) on the upper right or directly going to the output folder you customized in Step 3, you can find the converted “All I Want for Christmas Is You” downloaded in MP3 format. Now you can listen to the song free and freely.