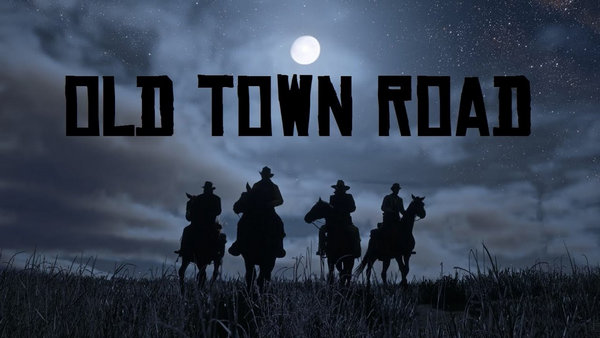 The achievement is the latest development in what has become quite a saga around the song after Billboard removed “Old Town Road” from its country chart and reignited a longstanding debate over what country music truly is.

But regardless of the song’s genre classification, it’s now an indisputable hit: The Hot 100 is Billboard’s most prestigious, all-encompassing chart; snagging the No. 1 slot means “Old Town Road” has conquered radio airplay, streaming, and music sales across all genres.

Billboard publishes new editions of its various charts every Tuesday. As of the April 9 editions, “Old Town Road” has risen to the No. 1 spot not only on the Hot 100, but on several genre-specific charts as well. Those include:

Lil Nas X’s soaring popularity has been fueled by a number of factors — particularly the debate over whether “Old Town Road” should be classified as country music. Controversy over Billboard’s removal of the song from its Hot Country Songs chart boosted Lil Nas X’s profile among a larger audience, building on momentum that began with the rapper’s meme-filled Twitter presence and a fast-growing TikTok meme dubbed the “Yee Haw Challenge” that centered on the song.

Currently, we can listen to Lil Nas X’s “Old Town Road” on most streaming music services, including the giant – Spotify. If you’d like to download the song for offline listening or transfer it to other devices for playing, the article below will perfectly meet your need. Here we are going to adopt the most popular Spotify music tool – NoteBurner to teach you how to download “Old Town Road” song from Spotify to MP3.

NoteBurner Spotify Music Converter is a professional Spotify music tool which is specially designed for removing the DRM from Spotify and converting Spotify songs to MP3/AAC/WAV/FLAC format. Here are the key features of the program:

Click”Add” button on the upper left. There will be a pop-up window prompting you to copy and paste or drag and drop the song link from Spotify to NoteBurner.

Click “Convert” button to start converting Lil Nas X’s “Old Town Road” song to MP3 format. When the conversion is done, the song would have already been downloaded as an MP3 file to the output path you set in previous step.

By clicking “History” button (like a clock) on the upper right or directly going to the output folder you customized in Step 3, you can find the song well downloaded in MP3 format.