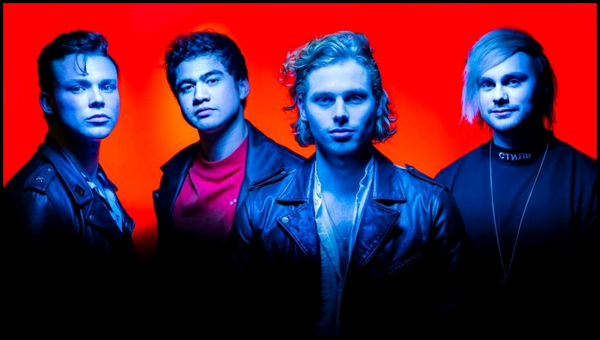 “Youngblood” is the second single in 5 Seconds of Summer’s third album – Youngblood, whose lead single is “Want You Back”. The song reached number one and kept eight consecutive weeks at the top in their home country – Australia. In addition, the single reached number one in New Zealand and top five of music charts in ten countries. As for the album, in the United States, “Youngblood” is 5SOS’s third number-one album on the Billboard 200 chart, debuting with 142,000 album-equivalent units, including 117,000 in pure album sales.

Currently all the songs in 5SOS’s “Youngblood” are available on Spotify. However, if you want to directly download them from Spotify to your local computer, it’s almost impossible. As we all know, all the songs on Spotify are protected in an encoded format, for which we are limited to listen to Spotify songs with the Spotify app and unable to export them as local files. At present, the most popular and efficient way to save Spotify music to computer is by converting them to a common format, like MP3 with certain kind of music tool.

In this article, we are going to adopt the well-known Spotify music downloader – NoteBurner Spotify Music Converter to guide you how to download 5SOS’s “Youngblood” from Spotify to MP3 step by step.

NoteBurner Spotify Music Converter is a professional Spotify music downloader which is able to bypass the DRM of Spotify and convert Spotify songs to MP3/AAC/WAV/FLAC format. Here are the key features of the program:

Step 2: Add “Youngblood” to the Program

Click”Add” button on the upper left. There will be a pop-up window prompting you to copy and paste or drag and drop the album link of “Youngblood” from Spotify to NoteBurner.

Step 3: Choose MP3 as the Output Format for “Youngblood” Songs

Click “Convert” button. When the conversion is done, 5SOS’s “Youngblood” will have already been converted & downloaded in MP3 format and saved in the output path you set in previous step.

By clicking “History” button (like a clock) on the upper right or directly going to the output folder you customized in Step 3, you can find all the converted songs in “Youngblood” album downloaded in MP3 format.