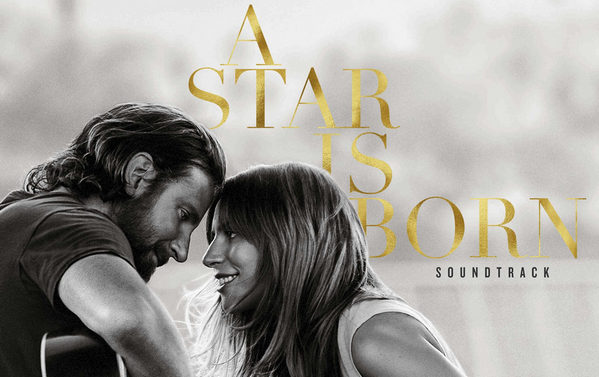 “A Star Is Born” soundtrack was released via Interscope Records on Oct. 5. It is the soundtrack album to the 2018 musical film of the same name, performed by its stars Lady Gaga and Bradley Cooper. The soundtrack album, features 19 songs in a wide range of musical styles and 15 dialogue tracks, earned 231,000 equivalent album units in its first week, 162,000 of which were traditional album sales.

So far, “A Star Is Born” soundtrack debuts at No. 1 on the Billboard 200 albums chart, giving Gaga her fifth chart-topper as well as Cooper his first. Besides, five songs from the soundtrack land on the latest Billboard Hot 100 chart (dated Oct. 20), among which the lead single “Shallow” places the highest of the bunch on the Hot 100, as it vaults from No. 28 to No. 5 in its second week.

Now all of songs in “A Star Is Born” are available on major music streaming service, including Spotify. However, due to the DRM restriction, Spotify users, no matter with Free or Premium account, can’t download this hot album to MP3 format for enjoying on more devices like MP3 player. No worry though, here we will show you how to download Lady Gaga & Bradley Cooper’s “A Star Is Born” from Spotify to MP3 for enjoyment.

As we all know, songs from Spotify library are DRM-protected Ogg Vorbis files. So if you intend to download music from Spotify as MP3 format, a Spotify Music DRM removing tool is necessary.

Here you meet NoteBurner Spotify Music Converter. It is a top-ranking DRM removal app specially designed for Spotify users to download and convert any Spotify track, album, artist and playlist from DRM-ed Ogg to other widely-used formats, including MP3, AAC, WAV, and FLAC . With an advanced DRM decrypting technique that differs from traditional recording, it can keep the original audio quality and ID tags of the music in output files. In this case, you can easily download and convert “A Star Is Born” soundtrack full album from Spotify to MP3 format with ease.

The following is a detailed tutorial about how to download Lady Gaga & Bradley Cooper’s “A Star is Born” soundtrack from Spotify to MP3 format. Please download NoteBurner Spotify Music Converter on your computer first before getting started. Congratulation! Now all songs from Lady Gaga & Bradley Cooper’s “A Star is Born” soundtrack have been converted to MP3 format, you can transfer them to any devices for listening anytime anywhere.