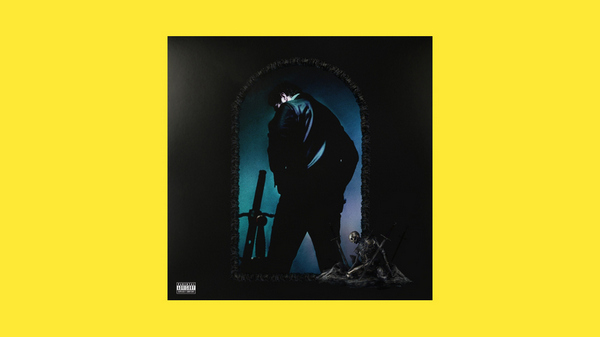 Some days, it feels like there is no pop star besides Post Malone. His music is astronomically popular and ubiquitous and sounds like it could belong everywhere: a hip-hop club, a honky-tonk, a rock concert, a poolside bar.

His new album, “Hollywood’s Bleeding,” debuted at No. 1 with the biggest streaming total of the year, and all of its songs hit the Billboard Hot 100, a sign of how well-suited Post Malone is to the streaming ecosystem. His songs sound like everything and nothing, and they barely come to a stop before bleeding into the next one.

Currently, all the songs in Post Malone’s ‘Hollywood’s Bleeding’ album are available on most streaming music services, including Apple Music, Spotify and more. In this article, we are going to introduce a simple yet efficient way to download Post Malone’s ‘Hollywood’s Bleeding’ album from Apple Music to MP3 format so that you can listen to the album offline or transfer them to other devices for enjoying.

Developed by NoteBurner Company, it is adopted with an innovative converting method that can help you convert any Apple Music songs to free MP3, FLAC, AAC or WAV format at 10X speed. And it is no need to wonder about the quality loss, all the converted files are lossless. Furthermore, the smart tool is also capable of converting protected iTunes M4P music and audiobooks to MP3, AAC, WAV, and FLAC format.

The following is the detailed tutorial to teach you how to download Post Malone’s ‘Hollywood’s Bleeding’ album from Apple Music to MP3 format. Please download NoteBurner Apple Music Converter first before getting started.

Step 1: Add Apple Music Songs
Launch NoteBurner Apple Music Converter and click the button “+” to add music, it will pop up a window, which will show you all of the songs you have downloaded from Apple Music. You can choose any song you want to convert.

Step 2: Choose Output Format
After adding the song successfully, please click the button “Setting” to choose the output format as you need, in the pop-up window, you can choose output path, output format, and output quality. WAV, AAC, MP3, and FLAC are available to choose.

Step 3: Convert Apple Music to MP3
After completing the above steps, the final one is clicking the button “Convert”. Just a few seconds, it will succeed.

After conversion, click the “History” button in the main interface to find the output audio. Now, you can transfer and enjoy them on any of your devices without restriction.