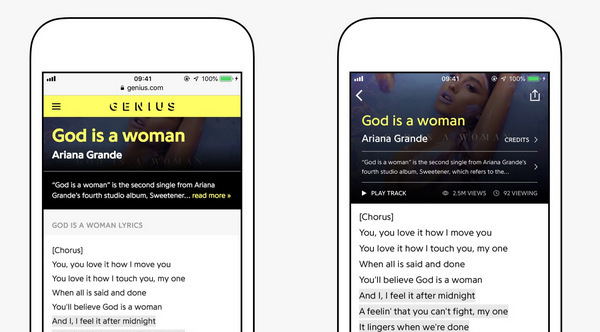 Apple Music and lyric database Genius today announced a partnership, allowing Apple Music subscribers to visit Genius and play any song in full on the song’s lyric page. This will work both on the Genius website and in its iOS app.

The partnership will also beef up Apple Music’s own lyric database with Genius’s information, providing the music streaming service with lyrics to “thousands” of songs. Apple first introduced lyrics in Apple Music with the launch of iOS 10 in 2016, and now the feature will be enhanced with Genius. 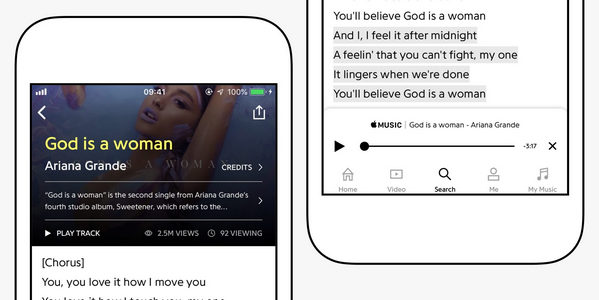 “Being able to read lyrics and annotations on Genius while you listen along on Apple Music is a dream Genius experience,” said ​Ben Gross, Genius’s Chief Strategy Officer​. “We’re proud to make Apple Music our official music player, and we’re doubly excited to bring Genius lyrics to their amazing platform.”

To use the Apple Music player on Genius, search for any song, and then tap “connect account” when the player pops up. This process will require you to allow Genius to access your Apple Music, media library, and listening activity, and once you accept you’ll be able to listen to full tracks within Genius on the web (desktop and iOS mobile web) and in the iOS app.

In Apple Music, you can check on a song’s lyrics by tapping the ellipsis icon at the bottom right of the player screen on iOS, then tapping “Lyrics.” Not every song supports lyrics, and it’s unclear how soon the Genius encyclopedia of lyrics will be added to Apple Music.

NoteBurner Audio Converter comes to rescue you. It is a smart DRM removal app specially designed for iTunes users to completely remove the DRM from Apple Music & Audiobooks & iTunes M4P music and convert them to MP3, FLAC, AAC or WAV format. Besides, with an advanced DRM decrypting technique that differs from traditional recording, it can keep the original audio quality and ID tags of the music in output files.